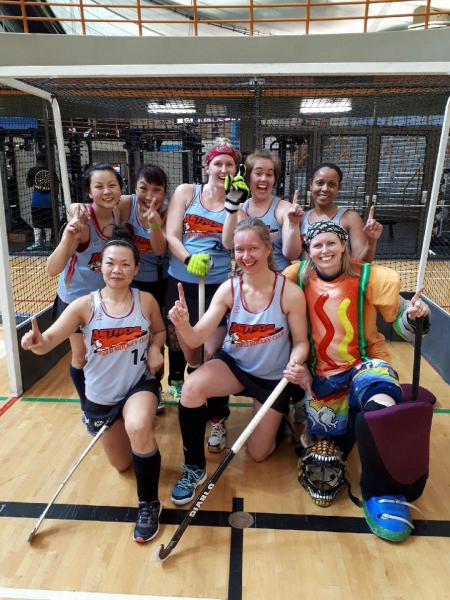 It was a hard-fought tactical and physical battle, but TNT prevailed with a 1 – 0 win over Phoenix Black in the 2018 Indoor Division I Gold Medal Match. Despite a shortened roster from Fall to Winter (going from 11 team members to 8), the crew maintained a spotless record going 14 – 0 during the regular season. During semi-finals, action started out slow, but TNT picked up steam during the match enroute to a 7-2 win over Cougars-I. The “old gals” still had something in the tank!